One thing I abhor that you will find as standard in the security industry is the two to three day Penetration Test. These undertakings can of course greatly help improve an organisations security posture but it seems more like a box-ticking activity. The only reasonable outcome being that the bar is raised just enough so that a passing script-kiddie loses interest and moves on, or that the most obvious severe issues are remediated. There are of course other factors at play such as costs, deadlines and compliance testing but the previous sentence remains a problem as it is still true.

Companies need to embrace that a security assessment is something they should come away from with fear. The result of your penetration test should be a solid list of real attack scenarios your company could face (or will) that needs to be defended against. If your organisation doesn’t feel threatened by the results or feel like they have been outsmarted, then the security assessment isn’t a real reflection of the real world. The price you are paying isn’t worth the resulting report.

In the real world, malicious actors will use any means necessary to benefit from the shortcomings of your enterprises security. This could be for financial gain, through stealing information or simply through complete destruction of your assets because they disagree ideologically with what you do. 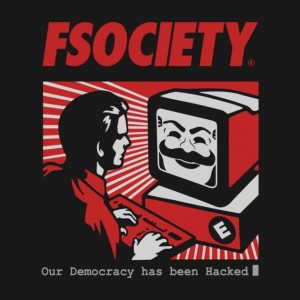 I found the recent series of Mr.Robot to be fantastic, it accurately portrayed many of the multifaceted methods deployed by malicious actors to infiltrate and destroy even an extremely large enterprise. Understandably this is Science Fiction and the outcome is quite far-fetched, but the techniques demonstrated are not. Attacks similar in nature are regularly used against organisations and the regular Penetration Testing methodology of reconnaissance, analysis, vulnerability assessment and execution is demonstrated in full.

In light of this fantastic show and having the freedom to try new things as a freelancer, I would like to announce my “Mr.Robot Special”. This is a full, multifaceted, two week Penetration Test for the price you would regularly pay for a traditional three day one. I get excited at any opportunity to work like a secret agent and play with all my gadgets and custom tools. This offer is only open to organisations in Ireland for the moment. Please do get in touch! ( info@securit.ie )

As my perspective has changed on the value of traditional penetration tests, I would like to also challenge the standard. A single person of course does not possess the same skills you may find in a good red-team style penetration test. Very rarely, if ever, do you get that style of attack in a standard operation.  I feel there is inherent value in having a single actor perform a concentrated attack on your organisation or network, as the drive to succeed is increased as there is no illusion of a team to hide failure.

If I can highlight to you the damage a single person could potentially do to your organisation, it should be easier to imagine the risk posed by an internet full of malicious actors, let alone a nation-state level attack or other advanced persistent threat. With a clear view of the threat you face on a daily basis, cost-effective strategies can be developed to help mitigate these risks.